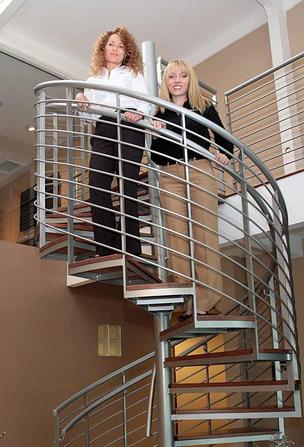 TAMPA — It began with two engineers and the understanding of a need in the marketplace.

During the past four years, Arehna Engineering Inc. has grown from a two-person startup to a 35-person operation based in 9,000-square-foot facilities, and continues to expand.

“We got to know each other and found each other’s strengths and from there it made sense to come together and start a company,” Florence said.

They founded Arehna in January 2009. The company provides geotechnical and materials testing services primarily in a sub-consultant role.

As a women-owned firm, Arehna qualifies as a Disadvantaged Business Enterprise, which makes it competitive for certain government projects.

“We knew it was a benefit that we were both women engineers,” Florence said.

The company has also built a staff of seasoned engineers and established a reputation in the local area.

Active marketing and networking helped moved the firm forward during some of the bleakest days in the economy, the founders said… Read more ».

No comments to show.

Our team has proudly supported thousands of design-build and turnkey construction projects throughout the State of Florida.
We employ a diverse team of highly qualified and experienced professionals who are committed to the quality and integrity of our work.